I studied Chinese culture, language and economics at Nanjing University which is one of the top 5 universities in China. Below is a photograph of me and my Chinese language class (4th from right - white hair) outside one of the oldest buildings in Nanjing which is now a focal point of the University's city campus. 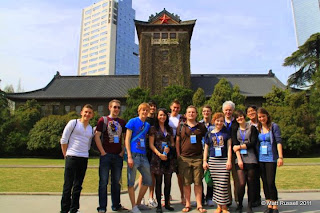 (Below) This is the entrance road into the university which at peak times was swarming with students. 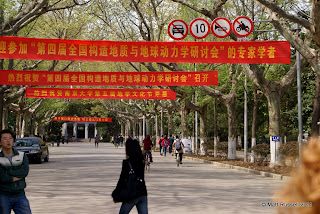 (Below) This is the Xian Lin campus where we took a trip to, this campus was simply breathtaking and was a fair distance away from Nanjing City centre itself. The campus is as far as the Nanjing metro goes and the sheer scale of the university was overwelming. 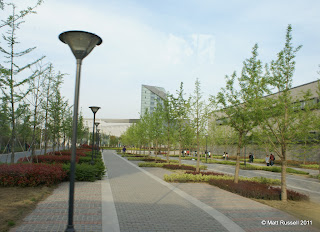 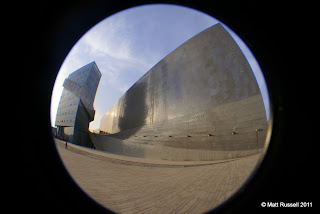 This is the student accommodation on the Xian Li campus and I have never imagined such a place could exist. A whole city of just university student housing, libraries, sports halls and specialism buildings. 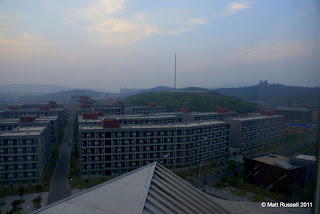 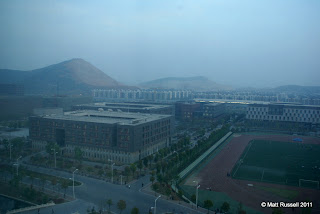 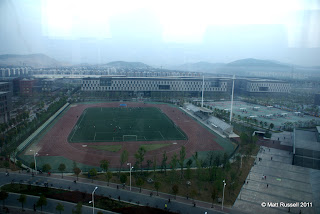 of showing the extent of the magnificent campus and its size. 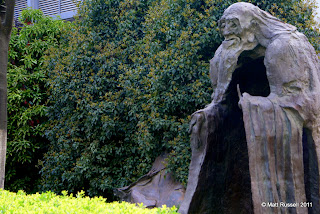 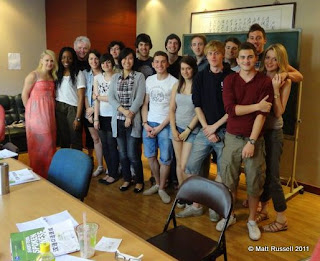 (Above ) A class photograph of us with our Chinese
lecturer who patiently taught us the language. 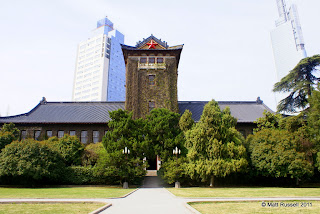 My Chinese language classes consisted of regular lessons each day and by the end of my trip I had gained 60 hours of language lessons, I really felt as though I had began to grasp the language as our lessons were practical and we were able to use what we learned that day during our adventures out and about in the streets. It surprised me massively how little English the Chinese spoke, no taxi drivers spoke English, no shop staff spoke English and this was originally a little intimidating as you were essentially in an alien country with no means of communicating so this greatly helped push my Chinese lessons along in order to grasp a better viewpoint on their culture. (Chinese classroom below) 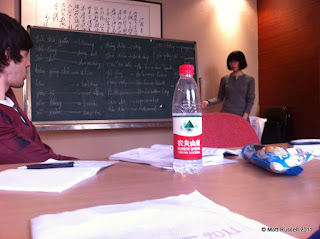 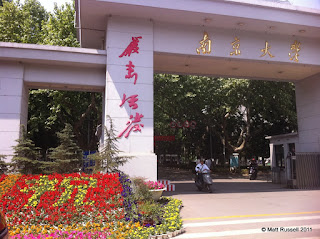 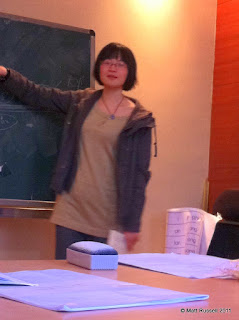 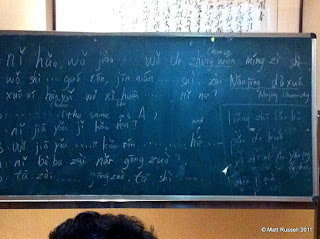