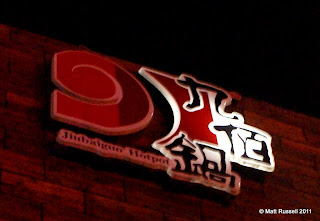 The Chinese food has to be one of the biggest obstacles I had to overcome during my time in China. Name it and the Chinese will eat it. You are constantly surrounded by street vendors selling scorpions, ducks heads or chicken claws, and I really struggled to eat many of the meals that I discovered in the restaurants.
From a disturbing dish of baby turtles to a difficult experience I had with the traditional Nanjing Ducks blood soup (ya shui tang)  This looks and tastes like dark red-brown jelly firm tofu, in a spicy broth however the jelly turned out to be congealed curdled blood cut into squares and egg like chunks which was revealed to me as ducks liver. This led me to no longer asking what things were and just eat to enjoy rather than eat to worry. By some of my Chinese friends we were recommended to attend a Hotpot restaurant.
In a hotpot restaurant you have a giant pot full of a tasty soup like liquid at the centre of the table above a electric heated hob. You then choose what you would like to cook in your hotpot and you empty these raw contents to cook in your pot.
Below you can watch a short video of  this pot and a kind Chinese waitress who saw our looks of puzzlement and decided to help us cook the mushrooms and various meats we had ordered. 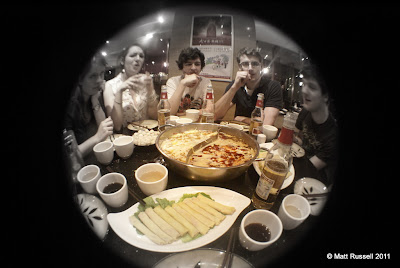 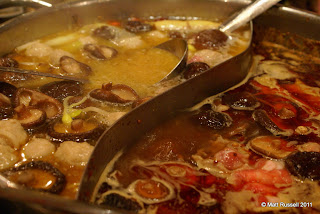 The left hand side of the pot had  oily slightly seafood taste and the right half was full of a taste bud killing mixture full of Chilli seeds blew my head off. 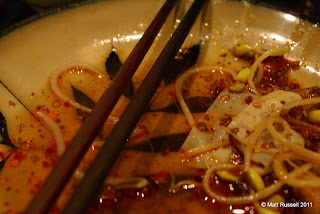 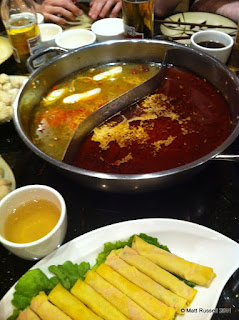 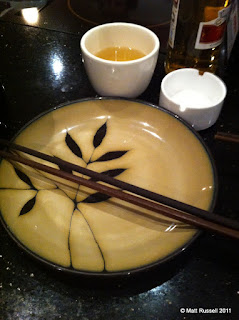 (Below) Tasty mushrooms- who'd have thought there was such a thing. 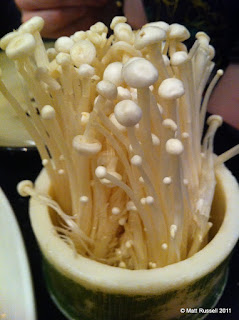 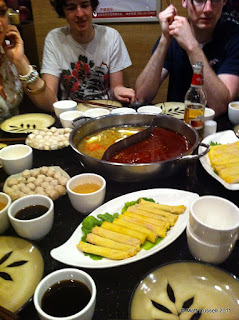 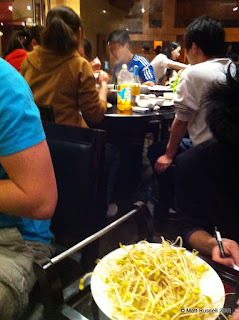