Tonight was Aberdeen's annual Torcher Parade which is Europe's largest Student torchlit parade with 2,000 students in fancy dress and over 50 decorated floats. It was really worthwhile to go see especially for some of the wonderful costumes. 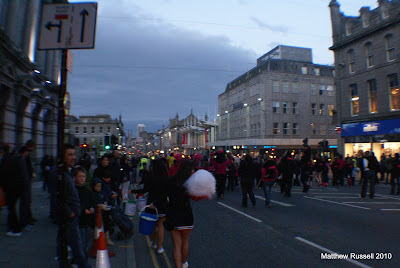 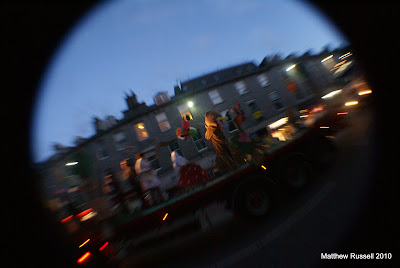 The Parade Celebrates the end of the two week Charity events across Aberdeen, it was really good to see people of all ages celebrating and supporting all these different Charities. 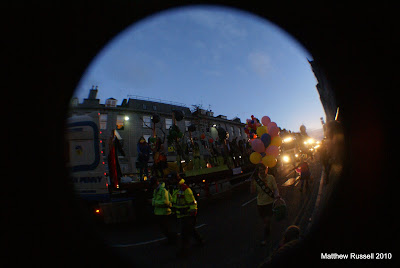 Above is the R.G.U R.A.G Float- Disney theme in full flow. 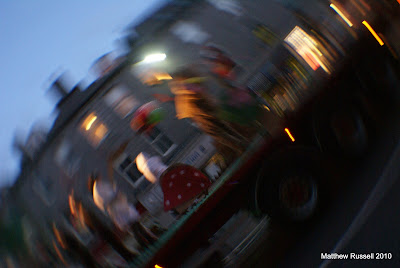 Durring the parade we also managed to get ourselfs interviewed on NorthSound Radio
"Hi guys your live on Northsound Radio..." 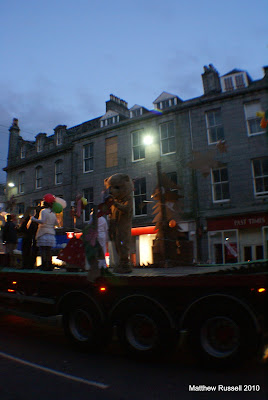 Below is an image I took and has not been edited at all showing how sometimes fiddling with the dials on your camera can create something rather unexpected but worthwhile. 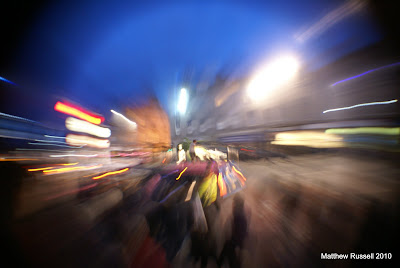 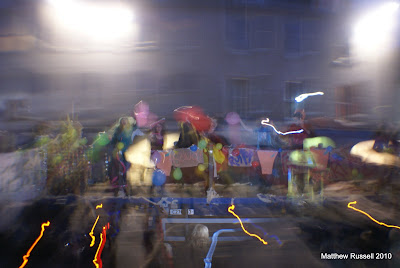 Here is an image of me and Holly attempting to heat our toes back up in Sloane's Castle after the Parade, suppose it still is Aberdeen even if it is the first day of summer. 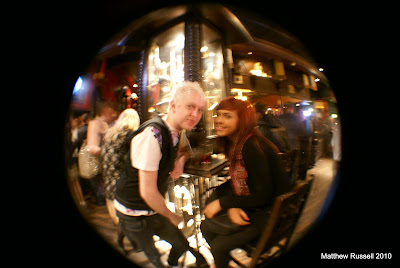